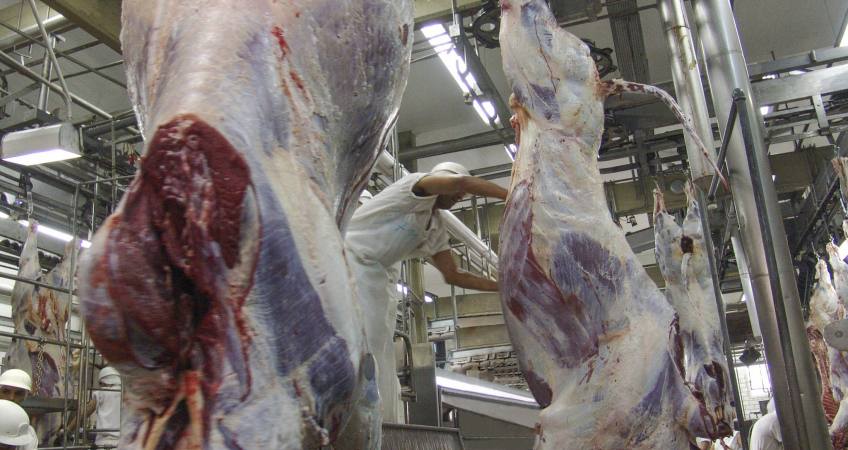 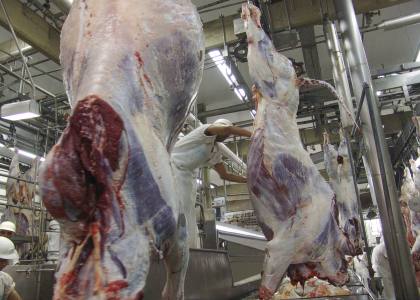 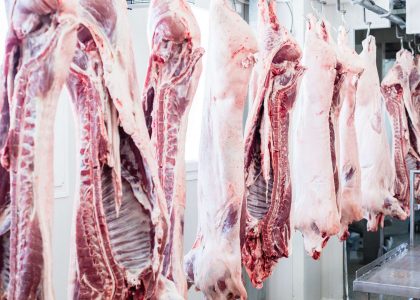 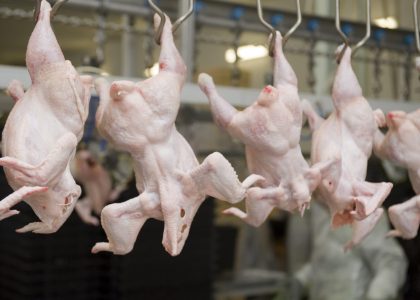 Differences
Most countries have legislation requiring that animals are rendered unconscious (stunned) by a humane method prior to bleeding. Exceptions are made for religions which require that ritual slaughter without prior stunning is practised, provided the slaughter method is humane. Our company is offering both methods of killing the animals with full compliancy to local law.

Stunning&Bleeding
With the first method, we work with the most hygienic system of bleeding and dressing which is to shackle the animal immediately after stunning, then hoist it on to a moving rail. The animal is stuck while being hoisted to minimize the delay after stunning. Bleeding continues until the blood flow is negligible when carcass dressing should begin without further delay.

Without Stunning
The Jewish and Muslim religions forbid the consumption of meat which was killed by any method other than bleeding. Different communities have different regulations as to the orientation of the animal at sticking, some favouring a position lying on its side, others insisting it lie on its back. The animal should not be hoisted until unconsciousness due to lack of blood supply to the brain is complete.

Equipment
In our slaughterhouses the equipment, also for smaller-scale operations, is elaborate and automatic where possible. The amount of equipment depends on the slaughtering procedures employed, time and quantity of animals. It is made of stainless steel or plastic, rust resistant and easily cleaned and sanitized. Equipment which does not get in contact with the meat (e.g. overhead rails, working platforms, knocking pen) is made of galvanized steel.

Refrigeration
After dressing, the carcasses go into the cooler as soon as possible and are as dry as possible. The object of fast refrigeration is to retard bacterial growth and extend the shelf-life. Chilling meat post-mortem from 40°C down to 0°C and keeping it cold will give a shelf-life of up to three weeks, also due to high standards of hygiene observed during slaughter and dressing.